Shootings involving police officers have been receiving a lot of national attention lately, creating public outcry. For this reason, more officers of the law than ever before are being charged with crimes and brought to trial. When a police officer is forced to defend him or herself against a serious charge like murder, getting to the truth of the situation matters a great deal.

Whether you represent the police department, the officer themself, or it’s a civil matter (Defense or Plaintiff), it’s crucial to convey the facts on this case in a way the jury can understand. Using 3D animation, Evidence Room can recreate the shooting. This animation involves details such as the size of the officer and shooting victim, bullet trajectory, position of both bodies, and where vehicles and other objects were at the time.

All of these items matter when the jury needs to decide what really happened that day. Reassure them that your version is the truth with a 3D animation recreating the scene.

Everyone wants justice to be served when a police officer shoots a citizen. If the shooting was justified, there were will be clear evidence of why. On the contrary, if no such evidence can be presented or if evidence proving the opposite exists, the jury needs to understand that.

Beyond animated re-enactments of the shooting, Evidence Room can also provide other services to help in a jury trial such as forensic animation and other medical illustrations. For questions about creating legal exhibits for the trial of a fatal police officer involved shooting incident call us today at (216) 502-0400. Your consultation will be free. You can also submit an inquiry through our simple online form. These 3D animations can help you win your case, so don’t delay in reaching out to us. 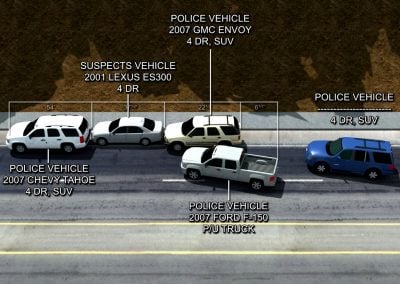 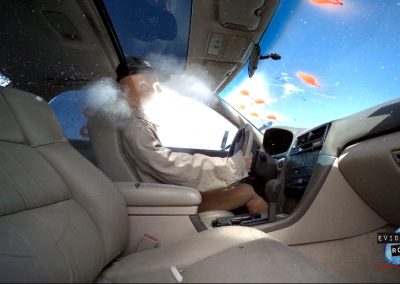 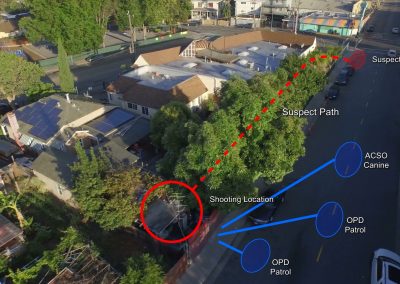 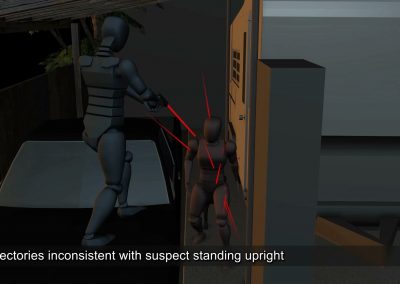 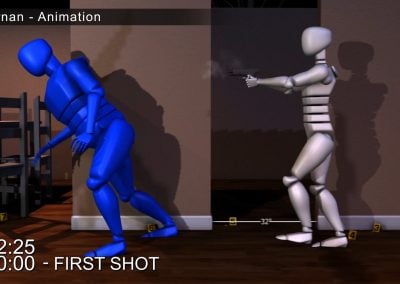